We acknowledge Aboriginal & Torres Strait Islander peoples as the traditional custodians of the land where we live, work and play.

Always was, Always will be. 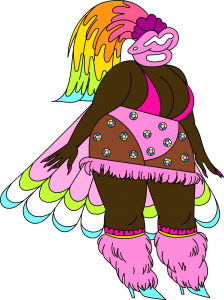 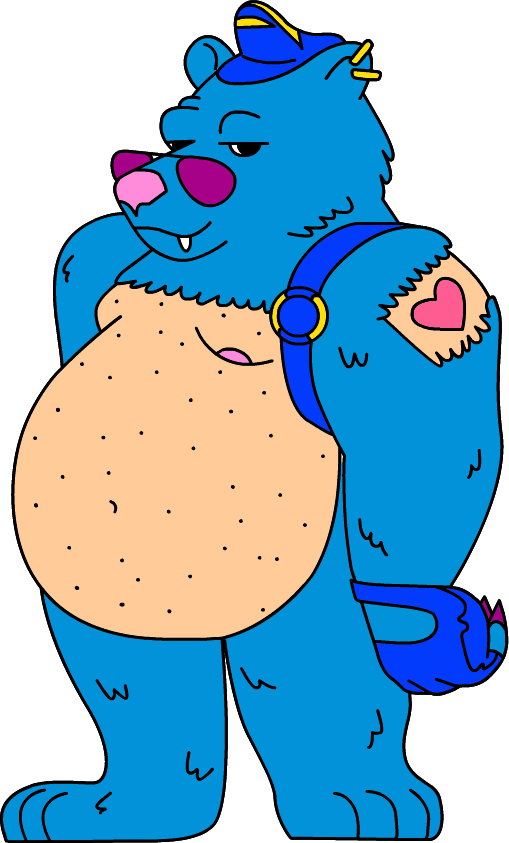 An umbrella term used to describe a lack of, or varying, experiences of sexual attraction. There are diverse ways of being asexual. For example, varying attraction could mean being romantically, but not sexually attracted to others. Ace people might also describe themselves as gay, bi, lesbian, straight or queer in conjunction with asexual to describe the direction of their attraction.

Bi is an umbrella term used to describe a romantic and/or sexual orientation towards more than one gender. Bi folks may describe themselves using one or more of a wide variety of terms, including pan (pansexual) or queer.

Camp in the queer world is used to describe a cultural sensibility or style that is exaggerated, extravagant, artificial, playful, highly stylised, decorative and performative. Its most-referenced definitions are drawn from queer icon Susan Sontag’s 1964 essay, ‘Notes on Camp’. Go read it, you hot nerds.

Someone whose gender identity is the same as the sex they were assigned at birth. Some folks occasionally use the term ‘non-trans’.

When a person shows or tells someone or others about their orientation and/or gender identity.

A word to describe a person who dresses, at least partially, in a way that represents a gender other than their assigned sex. Cross-dressing carries no implications of sexual orientation or gender identity.

Ethical non-monogamy, or ENM, describes having more than one sexual or romantic partner (committed or casual), with the consent of all involved.

A staple of many-a-lesbian’s accessory drawer and the choicest key ring on the market! A carabiner clipped to your belt loops means you’re sexy af.

Actually, key rings and carabiners have a pretty fascinating origin story in queer culture, part of which is the ‘key code’: clipping your carabiner to your right side to signify you’re a bottom, or left if you’re are a top. (And consider this your friendly reminder not to base sexual encounters on accessories alone!)

The performance of gender. E.g. Drag Kings perform masculinity while Drag Queens perform femininity. Remember, drag has no implications regarding the performer’s own gender identity.

Traditionally refers to a man who has a romantic and/or sexual orientation towards men. Also a generic term for lesbian and gay sexuality. Some women define themselves as gay rather than lesbian. Non-binary folks may also identify as gay.

A person’s sense of their own gender and how they choose to represent and claim that. It doesn’t correlate to sex assigned at birth and can be male, female, masculine, feminine, non-binary, fluid or a cocktail of any of the above and more!

Intersectionality refers to the relationship between multiple marginalised identities and how various forms of oppression are used against these identities. It often analyses the intersection of race, sexuality, ability, gender and more.

“Kiki” (alternately kiking or a ki) is a term which grew out of Black LGBTQ American social culture, and is loosely defined as a gathering of friends for the purpose of gossiping and chit-chat, and later made more widely known in the song, “Lets Have a Kiki” By the Scissor Sisters.

A non-conventional sexual taste, desire or fantasy. A non-vanilla turn-on.

Traditionally refers to a woman who has a romantic and/or sexual orientation towards women. However, non-binary people may also identify with this term.

The acronym for Lesbian, Gay, Bi, Trans, Queer/Questioning, Intersex and Asexual (or Ace). The plus is a catch-all for the many beautiful humans and communities who fall under these umbrella terms.

Having only one intimate partner at any one time.

An umbrella term for people whose gender identity doesn’t sit comfortably within the gender binary, i.e. ‘man’ or ‘woman’. Non-binary identities are varied and can include people who identify with some aspects of binary identities, while others reject them entirely.

Pansexual or pan describes a person with a sexual or romantic attraction or desired for people of all genders. Some might also use bisexual, polysexual or omnisexual.

The practice of consensually being in – or open to – multiple loving relationships at the same time. Sometimes used as an umbrella term for all forms of ethical non-monogamy.

Someone’s preferred third person titles. E.g. she/her, he/him, they/them, ze/zir/hir. Pronouns are commonly tied to gender, so using the wrong pronouns can result in wrongly representing someone’s gender – AKA misgendering them. And if you don’t know, it’s cool to ask!

The Q in LGBTQIA+! Q stands for both ‘Queer’ or ‘Questioning’, and questioning is the process of exploring your sexuality and/or gender identity.

The way we experience and express desire – sometimes sexual but sometimes not! Baby, you’re born with it. Love what you love.

‘Throwing shade’ is the art of dishing out a subtle but biting insult.

To ‘spill the tea’ is to share gossip or reveal the truth. Sometimes it’s just spelled just ‘T’.

Add one to a couple and you have a throuple! A consensual and equal relationship between three people at the same time.

An umbrella term to describe people whose gender is not the same as, or does not sit comfortably with, the sex they were assigned at birth. Trans people may describe themselves using one or more of a wide variety of terms, including (but not limited to) transgender, transsexual, gender-queer (GQ), gender-fluid, non-binary, gender-variant, crossdresser, genderless, agender, nongender, third gender, bi-gender, trans man, trans woman, trans masculine, trans feminine and neutrois.

When a person living with HIV has an undetectable viral load.

HIV medication (antiretroviral treatment, or ART) works by reducing the amount of the virus in the blood so that the virus is basically ‘undetectable’. This means the levels of HIV are so low that it cannot be passed on. This can be called ‘being undetectable’.

A (typically) straight and/or cis person who supports members of the LGBTQIA+ community. A person who might understand why “ally” is the last entry in this glossary even though it’s alphabetical 😉

The act of getting an erection whilst in your underwear in the changing rooms at school camp; and getting caught in the act.

A glory hole is a hole in a wall often between public loo cubicles for people to engage in lovely sexual activity or observe the person in the next cubicle.

a gold star is a person who has never had sex with someone from the opposite sex.